To schedule a workshop with Sharron or to receive more information please contact her at (925) 980-8353 or sharronkrull@gmail.com. 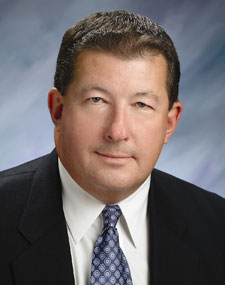 Steve Krull recently retired from policing after a thirty four year career. In 1974, after three years in the Army including a tour in Viet Nam, he joined the Concord, CA Police Department serving for over sixteen years. He left there as a Sergeant after being selected as a Lieutenant, then Captain, with the East Bay Regional Park Police headquartered out of Oakland, CA. Over the next six years Steve commanded all of the major divisions with that agency. In 1998 the City of Oakdale, CA selected him as their Chief of Police where he stayed for almost five years. In December of 2002 Steve was selected as the Chief of Police for the City of Livermore where he remained until his retirement in December of 2007.

Steve earned a Bachelor's Degree in Public Service from the University of San Francisco, CA and a Master's Degree in Management from Cal Poly Pomona, CA. While attending the prestigious Command College, a two year course for California's Policing Leaders conducted by the California Commission on Peace Officers Standards and Training (POST), Steve was selected as the Outstanding Graduate for Academics.

A rewarding and important part of Steve's career was his time on the Executive Board of the California Police Chiefs Association, culminating with his year as President in 2006/2007. This organization represents all of the 338 police chiefs in the state of California that collectively provide front line police services to 78% of California's population. In this capacity he worked closely with the Governor and Legislature testifying before, or being a resource to each, on numerous occasions. In 2008, Steve received the Joe Malloy Award for excellence in policing from the Association at it's annual conference.

Teaching, training and speaking have always been a part of his career. He holds a Lifetime Teaching Credential for the California Community Colleges and has conducted classes at the University level on Leadership and other policing related topics. In addition, Steve has taught at various POST Basic Academies, the Executive Course and the Command College. Steve has presented to various state and local level early childhood conferences on the topic of Fight Crime Invest in Kids. In addition, he is a proponent of the concept, Hometown Security is Homeland Defense, fostering and underscoring a community's role in the fight on terror. Steve developed and presents a workshop on this important issue and was a guest on a radio talk show on this topic.

Steve is a published author including his Master's Thesis, How Should California Cities Select a Police Chief and the article Be a Hero or a Headline, It's Your Choice.

On a personal note, Steve is married and resides with his wife Sharron in Santa Cruz, CA. Their blended family consists of their grown children Christy, JP, Corrie and Marc. Sharron and Steve enjoy the beach, surf and grandchildren!

To schedule a workshop with Steve or to receive more information please contact him at (925) 784-8731 or stevekrull@gmail.com.